The Mandolin Revival by Will Melton 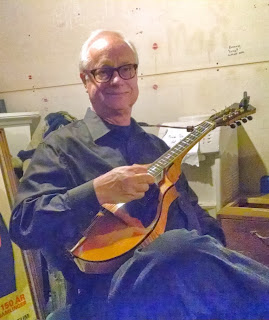 The Springfield Mandolin Orchestra is one of several hundred mandolin groups across the country and overseas that are introducing today’s audience to the mandolin ensemble. Members are drawn from students of the Sweet Music Studio in South Hadley, Rhode Island’s L’Esperance Mandolin Ensemble, and Cape Cod students of mandolin teacher Josh Bell, who conducts the group.

The earliest known instruments that resemble modern mandolins appeared in the 14th Century. These miniature lutes were called mandoras, probably invented to add a new voice to the lute ensemble of the day. The instrument reached extraordinary heights of workmanship in Italy where it was called the mandola or mandolin, “little mandola” in Italian.

No Renaissance-era music written for the mandolin is known to survive, but beginning in the 1700’s composers wrote for the instrument including such greats as Vivaldi, Hummel, Mozart and Beethoven. European immigrants of the 19th Century brought mandolins with them across the Atlantic, but their music was considered quaint ethnic music, and little more.

That was all to change in January 1880 when a band of 15 young Spanish musicians arrived in Boston, basking in the glory of their sensational season of performances at the 1878 Exposition Universelle, also known as the 3rd Paris World’s Fair. The Estudiantes Españoles all played string instruments, primarily the bandurria, a Spanish instrument that shares many traits with the mandolin, most especially, the paired courses of strings which enable the fluttering sound of the mandolin tremolo.

Over the next several years the “Spanish Students” toured America and Mexico and wowed their audiences with romantic repertoire and colorful costumes. In their wake was born a musical craze and industry that somewhat resembled the tidal wave of electric guitars that swept the U.S. beginning in the 1950’s.

Many instrument manufacturers leapt into the market, building American versions of the “bowlback” (European) mandolin, so called because the instrument body resembles a fat gourd. The bowlback’s body (sound box) is assembled of staves that are bent and glued together with a flat top attached to resonate the sound made by the strings. In 1897 in Springfield, the Hutchins Manufacturing Company experimented with an aluminum mandolin. Only the bridge, the tiny part that transfers the musical vibrations from the strings to the soundbox, was made of wood. http://www.oneofakindantiques.com/product/5993/hutchins_manufacturing_company_mandolin_springfield_mass_1897

Orville Gibson, founder of the Gibson Mandolin & Guitar Co., had a better idea. He wanted to produce mandolins carved like the violin. Gibson Company, one of the few of these companies that survive today, brought savvy strategic marketing to the industry, hiring music teachers across the country to be their sales agents, and building a quartet of mandolin instruments that were tuned to match the violin quartet of instruments. The sales agents were encouraged to form “All-Gibson” ensembles, and thousands of Gibson-brand mandolins were distributed through the agents.

Gibson’s quartet of American mandolin instruments included the mandolin, tuned like the violin; the larger mandola tuned to match the viola; a guitar-sized mandocello; and the large, strange-looking mandobass, which leans to the side like a guitar while resting on the floor on a retractable metal rod. The new mandolin quartet opened to mandolin players the whole repertoire of several hundred years of chamber music.

As the new century began, mandolin orchestras and clubs sprang up in a large number of communities and on many college campuses. In the Connnecticut River Valley of western Massachusetts, student mandolin groups were formed at local colleges including Mount Holyoke, Springfield, Smith, and Amherst. 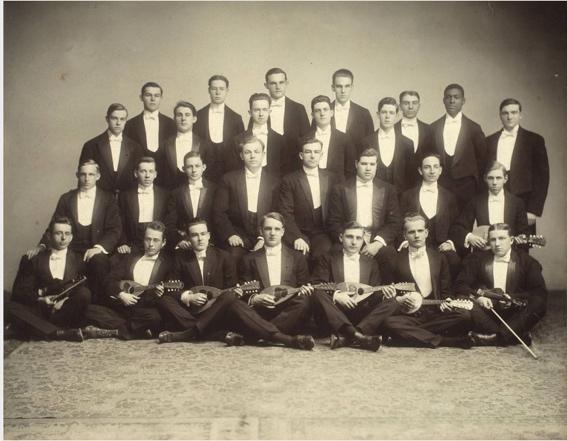 By the 1920s, the advent of Dixieland Jazz brought the raucous sounds of the banjo to the fore and the mandolin rapidly declined in popularity. It was rescued from obscurity after World War II thanks to Bill Monroe’s introduction of the mandolin as a central part of the bluegrass music he pioneered.

One of the longest lasting of New England’s mandolin groups was the Pizzitola Strummers of Holyoke, which evolved down through the 1970s by adding accordians and banjos to their group.

Today’s Amercian mandolin orchestra, and its cousins in Japan, Israel, Germany, France, and Holland are helping to return to prominence the many voices of the mandolin, with a unique acoustic sound for the digital age.

For more information go to: https://springfieldmandolin.org/2017/02/07/the-springfield-mandolin-orchestra-in-concert-at-the-first-congregational-church-south-hadley-ma-march-4-2017/