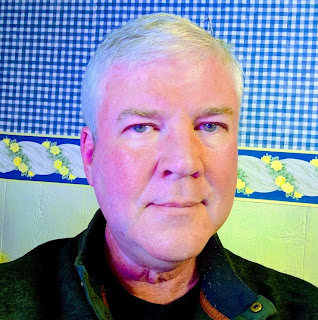 My general background is in customer service, sales and management, with related work history and certificates. My BA is in Music from Hampshire College, where I applied my violin, and related musical background to performance, ensemble coaching, and composition. Since 1986 I have balanced both, with travel and original work.
I'm the President and a co-founder of Mandolin New England, Inc., a 501c3 nonprofit dedicated to mandolin and mandolin orchestra education and performances in Massachusetts and Rhode Island.  Learn more about Mandolin New England here.
Due to the Coronavirus Pandemic, all events are available online using Slack, Google Meet and YouTube LIVE.  Please ask if you need help with these programs.
I am I guess what you would call a "serial entrepreneur".  My general background in sales, customer service and training has taken me all over the world working on projects for a variety of clients.  The last full time job I had where I worked for another boss was in 2007, when I was the Purchasing Manager for Tree Free Greetings in Swanzey, NH.  Since then, I have been on my own as a Freelancer, Consultant, Web Designer and Musician.
For complete CV's related to my General career including consulting and contract work, visit my Resume/CV page.  I've included a musical CV there as well.
Speaking of music, I have performed with various traditional and folk bands for decades.  Here is a brief listing with links to recordings:
The following biography was written by a student in 2020:
Adam Richard Sweet was born and grew up in the Boston area of Massachusetts.  He started violin in a pilot program offered through the New England Conservatory of Music at Dana Hall School in 1966.  His first teacher was Japanese.  Her name was Miss Yuzaki.  He was 4 years old.  The pilot program ended in 1975.  The teachers moved over to the Conservatory of Music at Rivers in Weston.  Adam attended the Apple Hill Center for Chamber Music in Nelson, NH, which was an 8 week program from the end of June until the first week in August.  At that time he would go with his family to the Echo Lake AMC camp on Mt. Desert Island in Maine for a week.

At the Conservatory, Adam studied violin, chamber music, orchestra and theory.  He also took courses in World Music, Improvisation and Jazz.  Adam participated in the Brandeis Gilbert and Sullivan pit orchestra, the Valley Light Opera in Weston, and played fiddle in a contradance band that performed in Lincoln, Acton, Marlborough, Concord and other towns in eastern Mass.

At Apple Hill, Adam studied the following composers: Mozart, Bach, Mendelssohn, Borodin, Milhaud, Brahms and Schubert.  He had his first viola lesson with Robert Merfeld in 1978, and began taking viola lessons with Betty Hauck after.  He studied both violin AND viola until graduating from the Conservatory with honors in 1980.
Adam joined the Greater Boston Youth Symphony Orchestra (GBYSO), in 1978.  The orchestra rehearsed at Boston University and performed concerts all over the North East.  That summer, the orchestra toured Europe, starting in Germany and performing throughout Germany, Austria, Belgium, the Netherlands, France, Switzerland.  There was no time to go to Italy, unfortunately.  While in Germany, Adam stayed with a German family in Dusseldorf.

Adam was very good at school, receiving A's in almost every subject.  He was quite inquisitive, and took extra credit courses in World History, Biology, Ecology and Writing.  He did very well on the SAT's, receiving a final score of 1550.  He applied to Earlham College, Oberlin Conservatory, College of the Atlantic and Hampshire College. He got in everywhere, but was waitlisted at Oberlin, the place he really wanted to attend.  Not wanting to wait six months, he decided on Hampshire College after a visit there with his Mom in 1979. 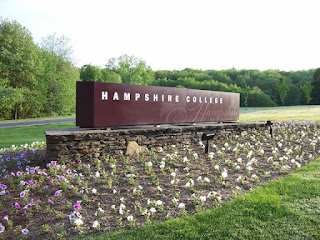 Hampshire College, Amherst MA
Hampshire was an unusual college.  There were no grades, no requirements to attend classes and no direction.  It was perfect for Adam.  He studied biology, geology, physiology, physics and animal behavior.  Other courses included anthropology, psychology, sociology, and geography, as well as  Western civilization and American history.  His first advisor was Charlene D'Avanzo, a biologist.  He took hydroponics and vertical farming with her.  In his second year, Adam switched to an Expressive Arts major, and his new advisor was Ray Copeland, a flugelhorn player and jazz musician.  Ray encouraged Adam to study Bluegrass Music by traveling to Washington DC and Virginia to learn directly from professional musicians.  Adam took the train to the city and spent 4 days following three bands as they performed around town.  It was a fantastic experience.  Adam graduated with a BA in 1985, having studied a ton of music, science and history. 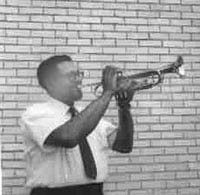 Ray Copeland, Flugelhorn
Upon graduating from Hampshire, Adam and his girlfriend at the time, rented a house in Amherst.  He worked as a cashier at a gas station in S. Amherst while she finished her degree (also at Hampshire).  He applied for a manager position at Bread & Circus, a Whole Foods Market in Hadley, where he was hired.  First as receiving department manager, and later as Wine & Cheese manager.  Adam left when the company was bought by Wholefoods in 1992 to work briefly as an OC at MGH in Boston, and then as NSM for a German company that made organic pharmaceuticals and skin care products.  He worked at the factory in S. Germany the summer of 1995. 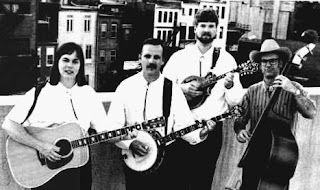 Maple Ridge Bluegrass Band
Adam played mandolin and fiddle in bluegrass bands throughout College, some mentioned above.  After college, he continued to play classical violin and viola with the Pioneer Valley Symphony Orchestra (PVSO), and joined a bluegrass band called Maple Ridge (link to recordings above) on mandolin and fiddle.  In 1997, he formed Woodkerne, a Celtic quartet - with John Rough on banjo, Paul Burton on guitar, Dan Richardson on bodhran and Adam on fiddle and mandolin. 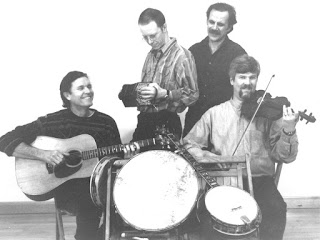 Woodkerne Celtic Band
Adam opened his studio in 1986, teaching mandolin and fiddle part time (as mentioned above).  He met Brian Bender at a Klezmer session in Northampton in 1995.  Brian encouraged Adam to go back to his roots and study the music of his ancestors.  Since Adam's ancestors were from Germany as well as Wales, Scotland and Ireland, Adam decided to go to Ireland with his fiddle.  In the summer of 1996, Adam spent 9 weeks following his teacher, Frankie Gavin, all around the Island.  He lived for a couple weeks in Kilfenora, playing at Linnane's Pub every night. 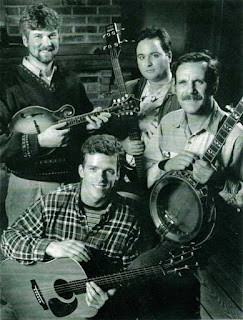 Swift River Bluegrass
Back home in the States, Adam was asked to join Swift River, a bluegrass band that played all originals in 1997, and he co-founded Yiddishkeit Klezmer with Brian Bender soon after.  Brian and Adam were hired to perform in a World Music Festival in Egypt in December 1999.  They played a Celtic set as Fiddle Hill, and a Klezmer set as Yiddishkeit. 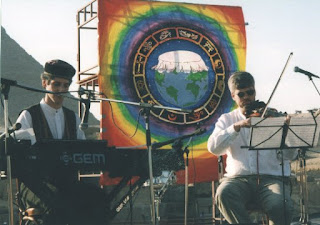 Fiddle Hill in Egypt
Adam's oldest son Parker was born in July of 1999.  By then he had bought a house in Belchertown and was actively teaching students and running a mandolin group that performed primarily Mozart and Bach, but also studied Vivaldi, Handel and Pachelbel.  The group expanded in 2000 and by 2005, consisted of almost 12 players.  The house on Federal St was too small to hold a 13-member mandolin orchestra, so Adam found a place to rehearse in Amherst, first at the Senior Center, and later at a newly minted Red Barn Music on Main Street.
In 2008, Adam and his wife Emily bought a house in South Hadley.  Adam taught full time out of the house on Lincoln Ave.  The Mandolin Orchestra, then simply called the South Hadley Mandolin Orchestra, rehearsed out of the house as well.  In 2015, the Mandolin Orchestra had it's debut performance with members of the newly minted "Mandolin New England", co-founded by Will Melton, Josh Bell and Adam Sweet.  Adam began pursuing a 501c3 nonprofit status for the orchestra that wouldn't be warded until 2019, four years later.
For more information on the nonprofit mandolin orchestra, click here.  Donations are graciously accepted!
In May of 2019, Adam and Emily and their youngest child moved to Granby.  They bought a large property so they could grow apple trees, blueberry bushes and raise chickens. 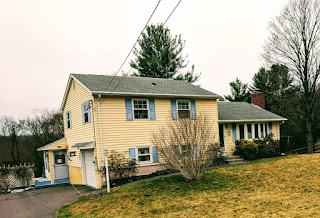